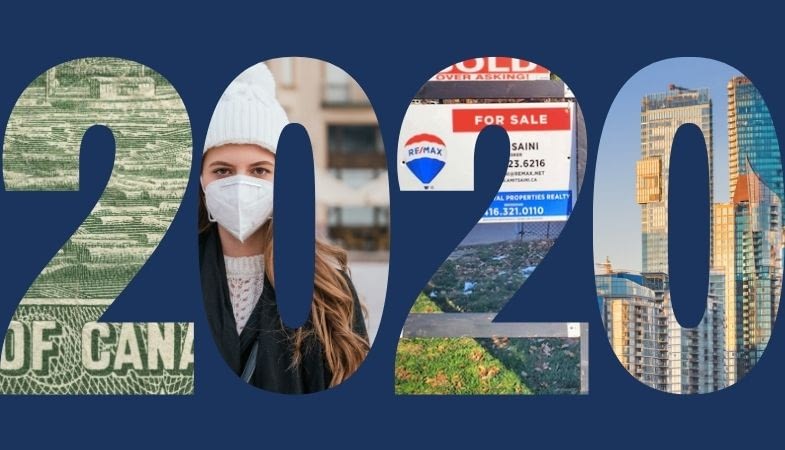 Canadian real estate surprised everyone in 2020. While the markets closed the year with red-hot, record-breaking activity, the year brought much uncertainty, financial upheaval, renewed forecasts of a bursting housing bubble, and other news that will likely continue to impact market activity in 2021. With the first week of the new year behind us, here’s a look back at 2020’s top Canadian housing market headlines. You can practically see the growing wave of confusion and panic, followed by a quick rebound in consumer confidence and market activity. Click on the headlines below to read the full story.

Canadian average home prices expected to increase by 3.7% in 2020

In its housing market outlook for 2020, RE/MAX called for a levelling out of the highs and lows that characterized Canadian real estate in 2019 – especially in Toronto and Vancouver. Given the market conditions at the end of 2019, a healthy national average price increase of 3.7% was expected for residential real estate.

Unforeseen circumstances threw that forecast out the window, as we all know, but not in the way many had anticipated. More on that headline later…

In its January 22 interest rate announcement, the Bank of Canada waved a red flag about rising household debt and the housing market, hinting at a future rate cut (which would materialize more than once just a few short months later). Would a lower cost of borrowing alleviate people’s debt levels, or just encourage them to carry the same debt, or take on even more, at a lower cost? And more importantly, would a lower lending rate improve Canada’s housing affordability? Not likely, according to Christopher Alexander, Chief Strategy Officer and Executive Vice President at RE/MAX of Ontario-Atlantic Canada, who told BNN Bloomberg that housing prices would only continue their upward trajectory without a national housing strategy geared to increasing supply.

“There’s no real incentive for developers to build more affordable housing or more rental units, especially with rent control rules right now,” Alexander told BNN’s Greg Bonnell. “We’ve got some significant issues that we’ll need to tackle so people have a place to live, and they don’t have to compete like crazy to get into a home.”

Canadians watched as COVID-19 spread like wildfire overseas, and it would be long before it would be declared a global pandemic by the World Health Organization. By January 25, it had already hitched a ride to Toronto with someone returning from Wuhan, China (source) and things quickly spiralled from there. By March, lockdowns, quarantines, travel bans and non-essential business closures began to take effect.

From a real estate perspective, what would these sudden changes mean for people who had already sold their home but hadn’t yet purchased a new one? What about those who absolutely needed to move for other reasons, such as affordability or security for their family? Real estate was quickly deemed an essential service across Canada’s provinces, allowing offices to continue operating, albeit under strict safety measures.

By spring, “social distancing” officially became a thing and Canada’s traditionally busy housing market slowed to a crawl. These directives from Canada’s chief public health officer Dr. Theresa Tam involved minimizing all close contact with community members by maintaining a distance of six ft., avoiding crowds and mass gatherings. Confusion ensured about how to proceed with transactions under the new and ever-changing public health guidelines. In addition, widespread concerns around household finances and the greater economy, and worries about a housing market crash, prompted many homebuyers and sellers to move to the sidelines.

But the real estate industry quickly pivoted by incorporating new marketing methods, such as virtual showings, live virtual open houses, and e-documents. Many agents had already been using these technologies to some degree, which allowed a smoother transition for consumers who still needed to engage in the market. It wouldn’t be long before housing market activity came roaring back, with some interesting trends emerging.

Then-Governor of the Bank of Canada Stephen Poloz hinted at the possibility of lowering the key interest rate at the beginning of the year. In March, the Bank did just that – thrice – in an effort to stimulate the suddenly slow economy. The Bank’s rate currently sits at a record-low 0.25%, and is expected to hold steady for the foreseeable future.

No nosedive ahead for Canadian real estate

The Canadian Real Estate Association reported that sales and listings were way down in March and April, but the decline was short-lived and market activity was back on the upswing in May. Also in May, Canada Mortgage and Housing Corporation forecasted that average house prices could fall by up to 18 per cent over the next 12 months – a projection that was called “panic inducing,” and challenged by RE/MAX based on market activity reported by brokers from coast to coast.

The market experienced a steep decline in the volume of transactions, but in much of Canada, transactions had been happening in many Canadian markets, and prices were resilient. With economies beginning to re-open across the country and in light of recent activity seen in various cities across Canada, as well as in certain European and U.S. markets, RE/MAX anticipated a bounce-back in demand that was much faster than was initially anticipated at the beginning of COVID-19. Regions such as Toronto, Ottawa and Vancouver has already experienced an uptick in activity and the number of multiple-offer scenarios, pointing to a post-lockdown housing market outlook that was much brighter than some suggested. Indeed, it quickly became clear that many Canadian housing markets were weathering the storm.

Immigration and the demand for Canadian real estate

Immigration plays a significant role in the demand for Canadian real estate. COVID-19 put a damper on that, too, but the slow-down was expected to be temporary. Before the pandemic closed borders, Canada was welcoming roughly 300,000 new Canadians every year, which carried a substantial demand for homes. Would the strength of Canada’s housing market be undermined without immigration?

Technically it could, but this is expected to be short-lived with the federal government’s recent announcement to welcome 1.2 million people to Canada between 2021 and 2023. Furthermore, “as the United States continues to get stricter on its immigration rules, Canada is going to become even more appealing. While 2020’s [immigration] numbers are way down, we expect that once travel resumes and people can move freely, that number will tick back up again,” Christopher Alexander, Chief Strategy Officer and Executive Vice President at RE/MAX of Ontario-Atlantic Canada, who told BNN Bloomberg.

In the wake of COVID-19, the real estate industry saw a number of notable shifts in home-buying activity. The RE/MAX Fall Market Outlook reported that urban condos took a back seat to suburban, rural and recreational properties, in the face of shifting work/life dynamics. This meant no more brutal work commutes to consider when shopping for a new home. Room for a home office, a good Internet connection and access to green space became top-of-mind for many homebuyers, who were cashing in on their urban home equity to buy more home for less money in the ‘burbs. Indeed, a RE/MAX survey conducted by Leger found that 32% of Canadians no longer wanted to live in urban centres, opting for rural or suburban communities instead.

Who would have predicted at the start of 2020 that big city dwellers would be fleeing these metropolises to live in rural areas? With more Canadian businesses embracing work-from-home policies, many people began to take advantage of the opportunity to relocate to cottage country. As such, the appeal of small “cottage country” towns spiked among homebuyers.

On the flip-side of growing demand for non-urban properties, came a decline in downtown condo sales. The combination of closed borders, tighter short-term rental rules, and the trend of homebuyers leaving downtown caused condo demand to plummet. Even hotter-than-hot condo markets such as Vancouver and Toronto got very quiet among buyers, renters and investors alike.

The Toronto real estate market saw its rental vacancy rate triple to 2.4% compared to just 0.8% one year prior, according to Urbanation. In downtown Toronto, it’s higher. The Toronto resale condo market moved in lockstep, with listings up 113% in the third quarter of 2020, according to the Toronto Regional Real Estate Board. Demand and rental prices have plummeted due to ongoing border closures, the pause on immigration and travel restrictions, the decreased need for student housing, stricter rules for short-term rentals, and shifting consumer behaviour since the pandemic took hold in mid-March.

Leading up to that fateful day in November when Biden took the vote, REMAX.ca and Google noted increases in US-based queries about Canadian real estate. Was this directly related to the US politics, and should the Great White North be anticipating an influx of homebuyers from the south? It’s difficult to say conclusively. While there was no clear sudden “spike” in related searches in October, there could still be something behind the longer-term trend line. And, of course, we’ll see what happens post-election and once the Canada-U.S. border opens up again.

As various regions across Canada entered into second wave of Covid-19 and lockdown measures, property prices continued to rise, with further price growth between 4% and 6% expected in 2021. Additional highlights from the RE/MAX 2021 Housing Market Outlook Report are:

Canadian cities with the most housing starts country-wide

The year began with concerns about housing supply in Canada, and while many markets are still falling well short of demand, we wanted to close the loop somewhat with this list of Canadian cities that reported the most housing starts. Here are some noteworthy housing starts data from the monthly CMHC report (year-to-date 2020):

How to make a home stand out in the market and possibly get top dollar at closing. Few can...
Continue reading 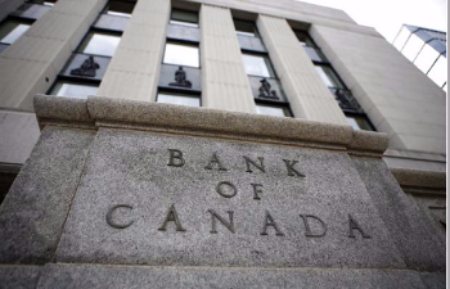 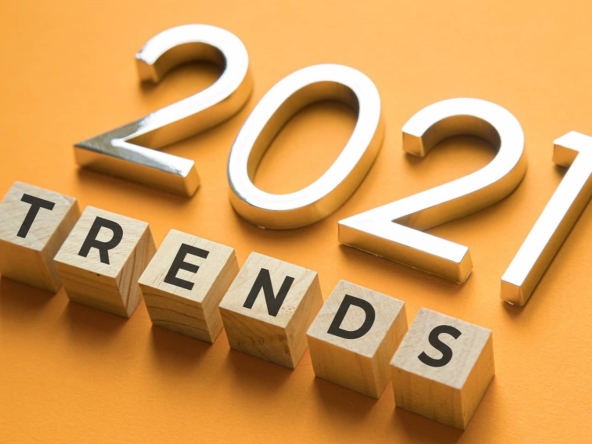 BUYING OR SELLING A HOME IN 2021? WHAT YOU NEED TO KNOW ABOUT THE MARKET.

Motivated by low interest rates, last year people across Canada were on the move to wherever their...
Continue reading